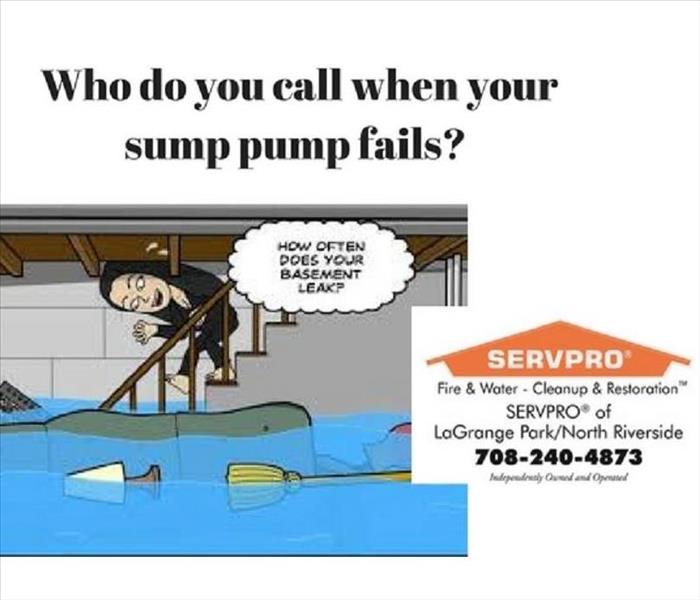 It doesn’t take a huge flood to cause thousands of dollars in damage.

What is a sump pump?  A sump pump is a pump used to remove water that has accumulated in a water-collecting sump basin, commonly found in the basement of homes. The majority of residential sump pumps will turn on automatically from a pressure sensor or float activator. The pressure sensor activates as water builds up and creates more pressure than air which prompts the pump to turn on. The float activator has a ball that floats on top of the water, moving the arm as the water level rises.  Once the motor activates, the fan will begin to turn moving the water outside the basement.

The American Society of Home Inspectors actually did a study that showed more than 60% of American homes suffer from underground wetness or water damage. It doesn’t take a huge flood to cause thousands of dollars in damage. It takes very little standing water and very little time for mold and mildew to take over and create problems.

If you have water damage to your home due to a failure with your sump pump, give SERVPRO of LaGrange Park/ North Riverside a call at 708-240-4873.  We are always here to help!