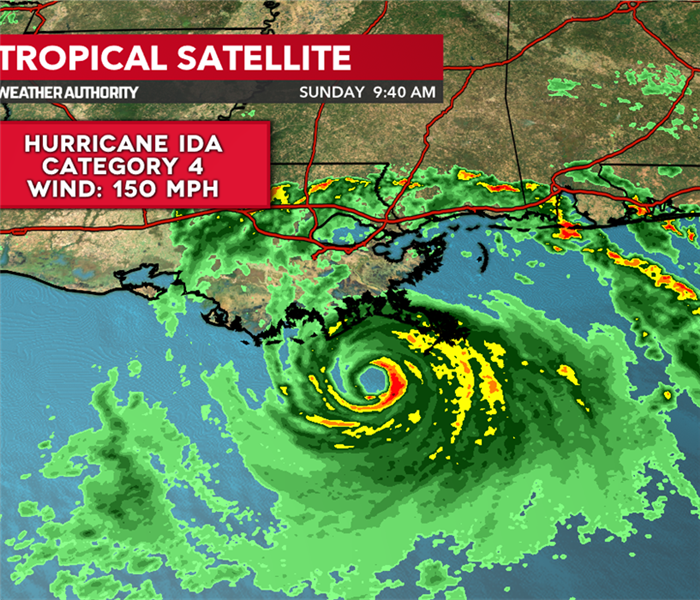 Have a plan and be prepared!

Hurricane season is upon us! Experts say that the hurricane season starts in May and lasts all the way until November on average. Each year is different. However, as on Friday September 10th, it has officially marked its peak of hurricane season for the Atlantic Basin. We have seen during this year there has been 13 named storms, and 5 of those reached a hurricane status and 3 of which became major hurricanes. Here is a list of the 13 hurricanes so far..

2. Bill: Formed off the East Coast on June 14th

3. Claudette: Formed in the northern Gulf of Mexico June 19th

4. Danny: Formed along the East Coast near Charleston, South Carolina on June 28th

5. Elsa: Formed in the central tropical Atlantic on July 1st

6. Fred: Formed in the eastern Caribbean on August 10th

7. Grace: Formed in the central tropical Atlantic on August 14th

9. Ida: Formed south of Jamaica in the Caribbean on August 26th

10. Julian: Formed far out in the Atlantic on August 29th

11. Kate: Formed in the central, open Atlantic on August 30th

12. Larry: Formed in the far eastern Atlantic on September 1st

13. Mindy: Formed in the northeaster Gulf of Mexico on September 8th

With the knowledge of knowing we have officially hit the peak of hurricane season, here are some tips on how to be prepared for a hurricane in your area.

- Make a plan: If evacuation is necessary, turn off all utilities and follow community disaster preparedness plans. Make sure you select a common meeting place for all family members. Also make sure you have an evacuation plan for your pets.

- Secure the exterior: Trim any large trees and shrubs. Bring in all outside patio furniture, potted plants, bikes and toys inside.

- Install storm shutters: These will protect your windows, doors and skylights with appropriate shutters or impact-resistant glass.

- Move your cars: Keep your cars to higher ground or park them in your garage against the garage doors.

- Power up: Fill up your car's gas tank, make sure all cell phones are fully charged, test your generator and always have plenty of fuel ready in case the power goes out.

- Identify a shelter room: This area should be on the first floor in the central part of the house that has no windows.

We here at SERVPRO understand that when disaster strikes, you don't know what will be left from the aftermath. We are always here to help with any mitigation or reconstruction services you may need!